Devastation and Renewal in the Siouxon 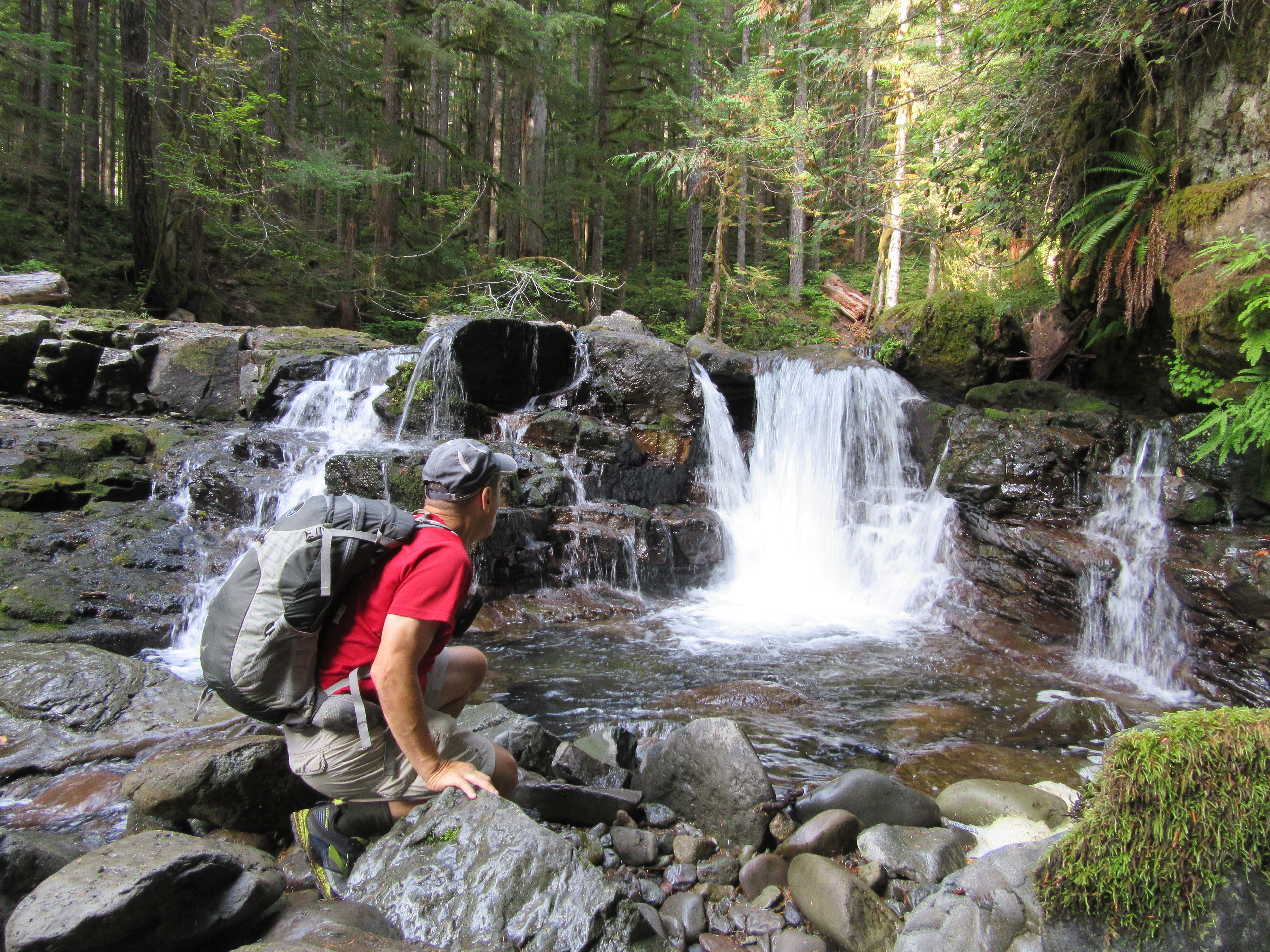 The Siouxon Creek Valley is a beloved hiking, mountain biking and camping destination less
than an hour’s drive from the Vancouver-Portland Metropolitan area. More than 50 miles of
trails traverse this valley, embracing the cascading creek and fanning out to the steep peaks and
ridges that cradle the valley. Siouxon Creek is revered for its abundance of showy waterfalls and
captivating cascades, and its accessibility to hikers of all ages and abilities. Its surrounding peaks
provide sweeping views of Mounts St. Helens, Hood and Adams—and of what was recently a
luxuriant valley shrouded with a uniform emerald forest canopy.

On September 8 th of this year a fire of unknown origin began near Big Hollow Creek just
to the east of the Trapper Creek Wilderness. Fanned by strong dry easterly winds, the fire
quickly exploded burning more than 25,000 acres of forest—torching much of the Siouxon
Valley along its path. The Big Hollow Fire was one of a series of fast moving and fast growing
conflagrations in Oregon and Southwestern Washington that was fueled by warm strong
eastward winds in early September of 2020. This scenario has played out before more than a
century ago. Early settlers referred to these infrequent winds as the Devil Wind for their
propensity to cause fires.

It was in 1902 that the Siouxon Valley was similarly burned. It was in that year that a dry
summer followed by a Devil Wind in September led to a series of large forest fires—some
started from lightning strikes, others human caused. The Yacolt Burn scorched nearly 240,000
acres—the largest recorded fire in Washington’s history at the time—and claimed all but a few
clusters of old-growth trees within the Siouxon Valley.

The Yacolt Burn as well as others in the area during the same period and shortly
afterward claimed scores of human lives, entire communities, hundreds of structures, and
hundreds of thousands of acres of standing timber. And in 1902 as was the case in 2020, much of
the region was blanketed with toxic smoky air—taking a further toll on thousands of folk’s
physical and mental health.

The cumulative deaths and destruction of the massive conflagrations of 2020 coupled
with a year plagued by pandemic, social unrest, dysfunctional political theatre and economic
despair only made these fires even more disheartening, depressing, and despairing. To many of
us, the loss of such spiritually restoring places like Opal Creek, Jefferson Park, and the Siouxon
is just too difficult to bear. During all of the challenges of 2020, it was these very places that
offered us refuge and solace from a barrage of societal ills—and now the aftermath of the fires is
also contributing to our collective despair.

If there is a silver lining to the newly blackened landscapes it’s that we can take credence
in the power of nature to regenerate. After all, the Siouxon we all know and loved was the result
of a conflagration. The stately mature uniform second growth forest that blanketed the
valley—was a living verdant testament to the resilience of nature. Take heart that we got to
experience it—a moment in time—in an environment and world that is constantly in flux.
We are reminded of nature’s astonishing powers of renewal and regeneration every time
we take to the trails of nearby Mount St. Helens. Shortly after the 1980 blast that leveled nearly
all life within and near the volcano, few of us could ever imagine that within such a short time
afterward, a thriving and bountiful natural environment would emerge from the ash.
Colonizing and pioneering plants and animals will in no time take to the
Siouxon—transforming it once again from a fire-ravaged landscape to one bounding with life. 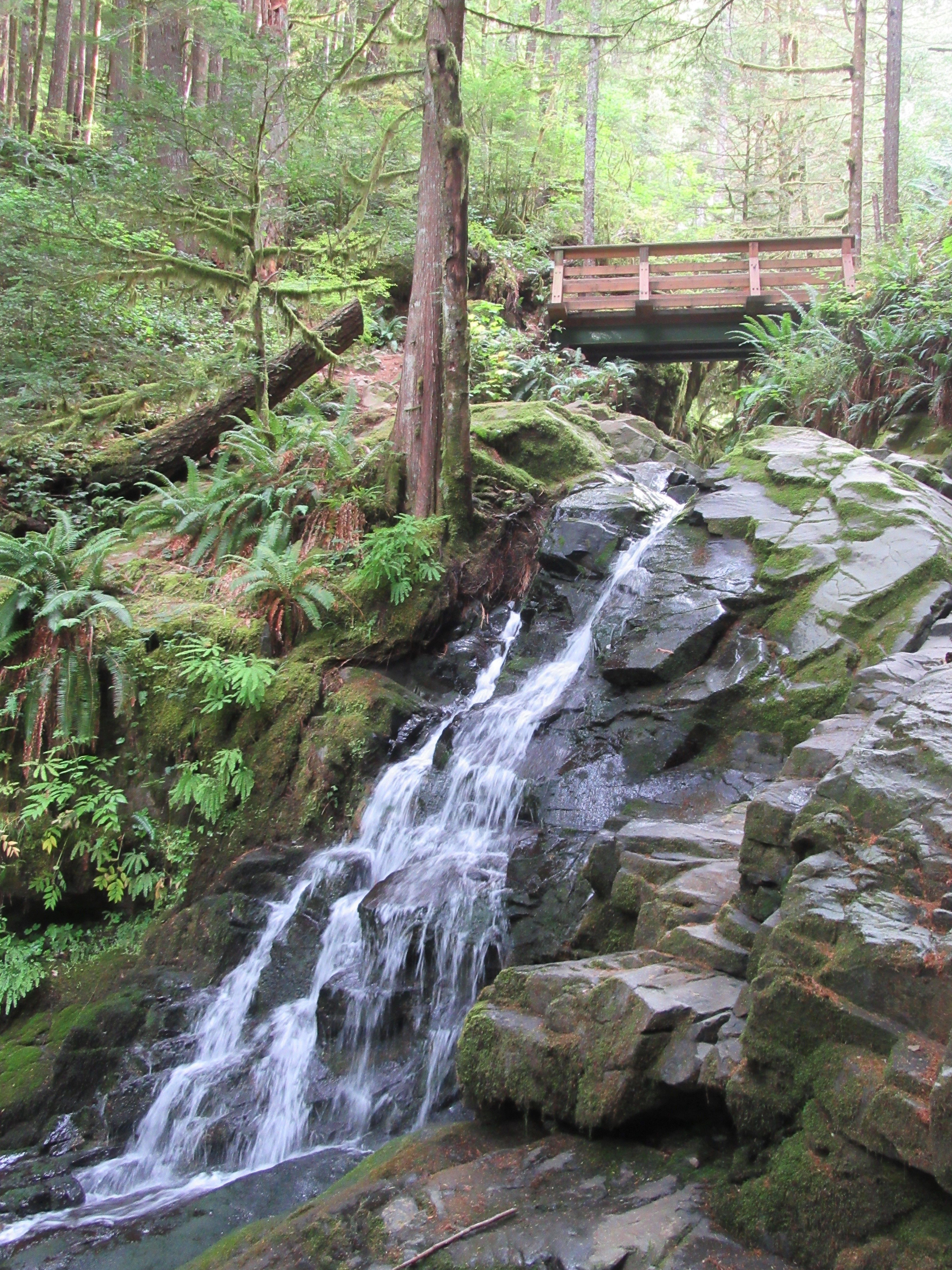 And remaining constant through this transformation is the lure of the creek—its silver falls,
thundering punchbowls, and bellowing cascades continuing to instill awe and excitement to all
who pause before them. And scattered throughout the valley, pockets of greenery will more than
likely be encountered—clusters of hardy trees that through various circumstances escaped the
ravages of the fire. Perhaps too these remaining old-growth clusters—trees that were saplings in
the 1700s and escaped the Yacolt Burn—will now be even more resistant to the agents of
succession. And take solace in the fact that forest regeneration in mesic forests is among the
most robust within forest communities.

The Yacolt Burn resulted too in changing human behavior afterward. It lead to responses
that included better forest management practices, coordinated fire management (albeit often
misguided) and to the establishment of a trail system that would later feed the recreational needs
of a burgeoning population. The Yacolt Burn like Mount St Helens’ 1980 eruption allowed for
scientists and researchers to study forest and ecosystem regeneration. And in 2020 we once again
have the opportunity to set a new course when it comes to responding to such a large
environmental disruption—to better manage and respect our natural lands.

I remember my first trip here in 1991. The approach was eerie. I drove in on a long paved
Forest Service road that was out of place for such a remote location. The surrounding hills were
swirling with clouds and void of standing timber. They were a patchwork of moth-eaten
ridges—legacies of the frantic and unsustainable logging of the 1970s and 80s. The 26,000-acre
Siouxon roadless area was left out of the 1984 Washington Wilderness Act. The chainsaws were
coming. But tireless efforts by conservationists, an administrative shift, and a changing market
place helped keep this forest valley intact.

The long paved road abruptly ended at the edge of a luxuriant second growth forest. That
boondoggle of a road never saw the envisioned procession of skidders and loaders. Instead it
slowly—then more rapidly saw scads of SUVs and sedans loaded with hikers and mountain
bikers arrive from nearby metropolitan areas—lured to a de facto wilderness; one of the few
sizable remaining roadless areas within the Gifford Pinchot National Forest. New generations of
outdoors-people took to more than 50 miles of trails that were built by a generation in the 1930s
that endured great hardships and whose parents had witnessed the area go up in flames.

The Covid-19 Pandemic has revealed great inequalities and shortfalls within our
society—one being the inadequate ways we fund, manage, and respect our public lands. Our
parks, forests, and preserves are seeing record visitation. Yet across the country, these visitors are
encountering crumbling and insufficient infrastructure; unmaintained and abandoned trails,
campgrounds and visitors facilities; and abysmal numbers of rangers, support staff, and law
enforcement officers. All of this a long legacy of inadequate funding from indifferent lawmakers.

As new greenery slowly begins to take ground in the recently scorched lands—we need
to seriously assess how much we as a society value our natural places. And we must commit to
properly manage and fund them incorporating decisions based on sound scientific research that
promotes proper forest, wildlife, watershed, and recreational management principles. We can
look to the past to instill a new Civilian Conservation Corps and look to the future at new
technologies that address changing climate models. But some things will remain constant.
Siouxon Creek will continue to flow and tumble. Its surrounding forest will rebound. Abundant
wildlife will return and thrive. Hikers and outdoor recreationists will return for rejuvenation and
inspiration. And the Devil Wind will once again pay the region a visit.

-Craig Romano is an award-winning author of more than 25 books including Day Hiking Mount
St. Helens which includes a chapter on the Siuoxon Roadless Area 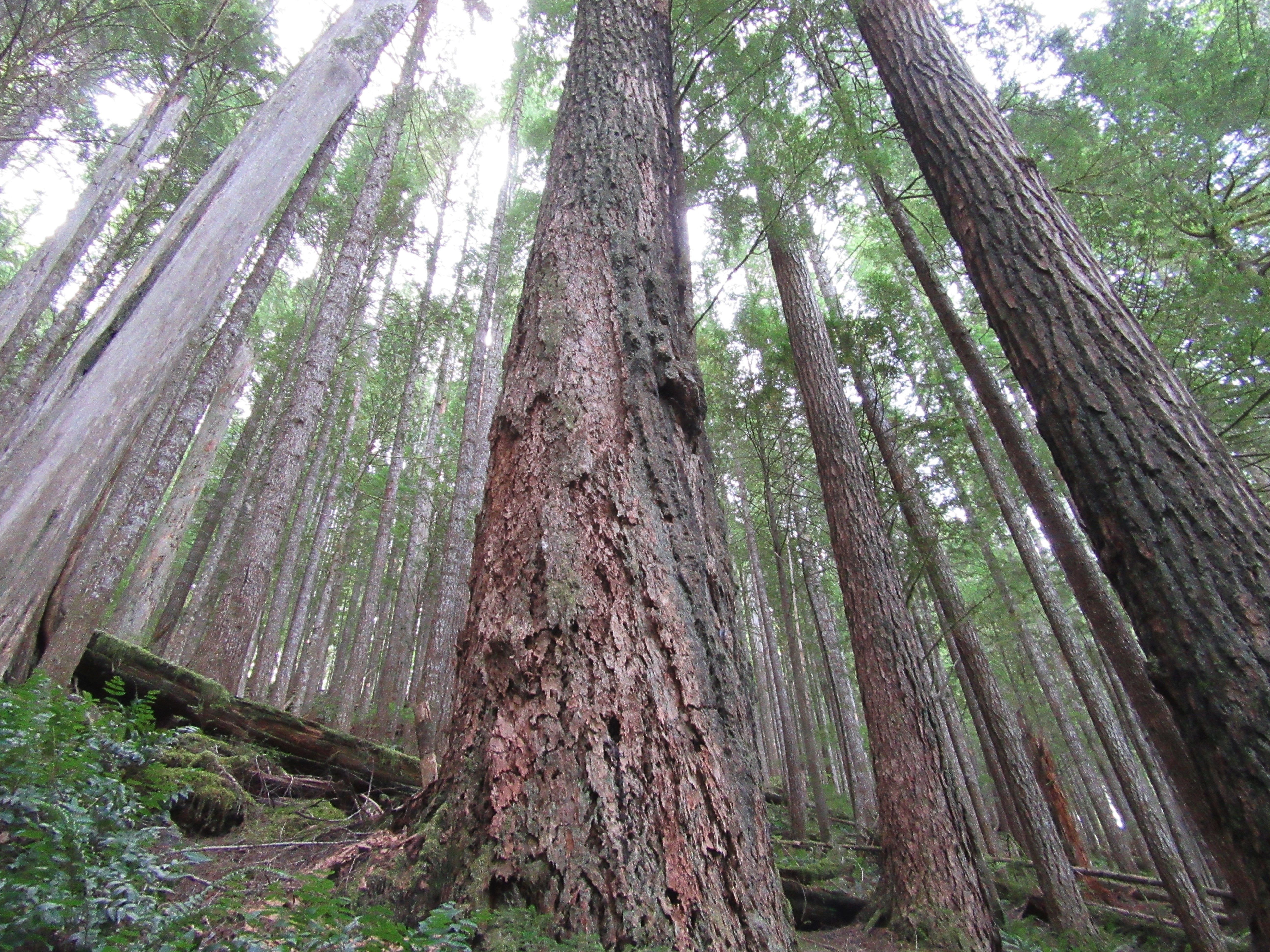