40 Years of Survival and Revival at Mount St. Helens 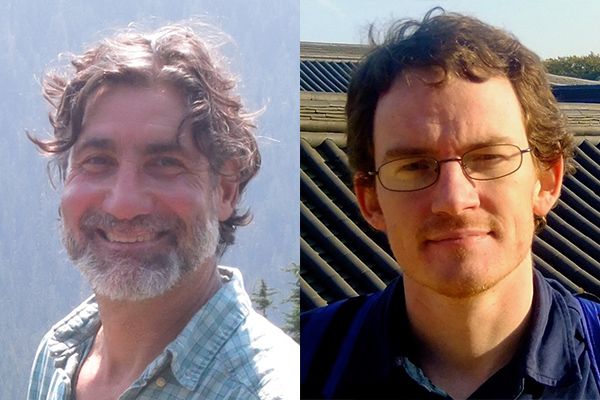 Mount St. Helens: A 40-Year Perspective on Survival and Revival of Life After a Major Volcanic Eruption
Charlie Crisafulli

The 1980 eruption of Mount St. Helens reconfigured a vast chunk of Cascadian terrain and killed or greatly reduced the types and numbers of plants and animals that had been present before the disturbance. Over the following decades plants and animals underwent a remarkable rebound as individuals of hundreds of species expanded from surviving populations or invaded the new landscape from distant source populations. Based on 40-years of field research, Charlie will provide a first-hand and personal account of his experience aimed at documenting the numerous and unexpected ways in which plants and animals responded to the big blast, and some complex ecological interactions that developed.

Charlie Crisafulli is a Research Ecologist with the USDA, Forest Service, Pacific Northwest Research Station. His primary research focuses on initial and longer-term ecological responses of organisms, in aquatic and terrestrial ecosystems, following explosive volcanism. From 1980 to present (2020) he has worked at Mount St. Helens and since 2008 he has annually conducted field research at several contemporary eruption sites in Patagonia, Chile. His primary research themes are processes of succession and assembly of biological communities, and chiefly focuses on small mammals, birds, amphibians and arthropods. He is currently engaged in expanding and testing the generality of lessons drawn from Mount St. Helens to volcanoes in other regions of the world such as Chile, Iceland, and Alaska.

After the Blast: The Ecological Recovery of Mount St. Helens
Eric Wagner

From fireweed to elk, the plants and animals that repopulated the land around Mount St. Helens after the 1980 eruption have changed not only how biologists approach the volcano and its environs, but also how they think about the ways life responds in the face of seemingly total devastation. Author Eric Wagner spent several years following biologists around Mount St. Helens, and in his new book, After the Blast: The Ecological Recovery of Mount St. Helens, he explores some of the lessons they have learned over the past four decades, all while taking readers on a fascinating journey into the blast area and beyond.

Eric Wagner is a writer in Seattle, where he lives with his family. He has a Ph.D. in Biology from the University of Washington for his research on Magellanic penguins in Argentina. His essays and journalism have appeared in The Atlantic, Smithsonian, Orion, and High Country News, among other places, and he is the author of Penguins in the Desert and Once and Future River.